Just starting out in martial arts? Before you make the same mistakes I did, you’ve got to read this!

Whether it’s Gracie Jiu Jitsu, Muay Thai, Bruce Lee’s Jeet Kune Do, Kali, or any other method of training it’s imperative that you get off to a good start. In this article I’m going to cover some tell tale signs to look for to find good training, just in case you don’t happen to be anywhere near RCW in Tigard and the Portland Area. Maybe you even live near us in Lake Oswego, but you’re already training elsewhere, I hope this information will help you prevent the same kind of mistakes I made along my continuing 30 year journey of martial arts.

First and foremost, how to identify if the coach knows what they’re doing.

I’ll give a couple examples but this isn’t as obvious as it sounds. I wish it was, but good martial arts is a rare find. It’s like discovering a world class musician, painter, auto mechanic, chef, or carpenter. You can relate to their craft, probably enjoy it, but replicating it at that moment is an impossible task. Let alone understanding all he tools and nuances of that trade.

Martial Arts is NOT an activity in the same way people pick up other physical hobbies. There’s such a vast difference between an aerobic boxing class and boxing as a professional sport they’re not remotely the same thing. Most of us understand that doing Tae Bo doesn’t mean we’re learning real boxing and self defense. The problem comes into finer detail when they’re eerily similar but different. Have you ever hired a contractor to work on your house and took the lowest bid? Only to find shoddy workmanship later, and hired another professional to come back and fix those mistakes. It’s because during the bidding process they seemed so similar the price was viewed as the major deciding factor. 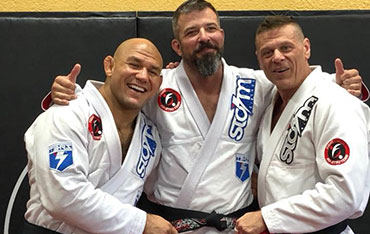 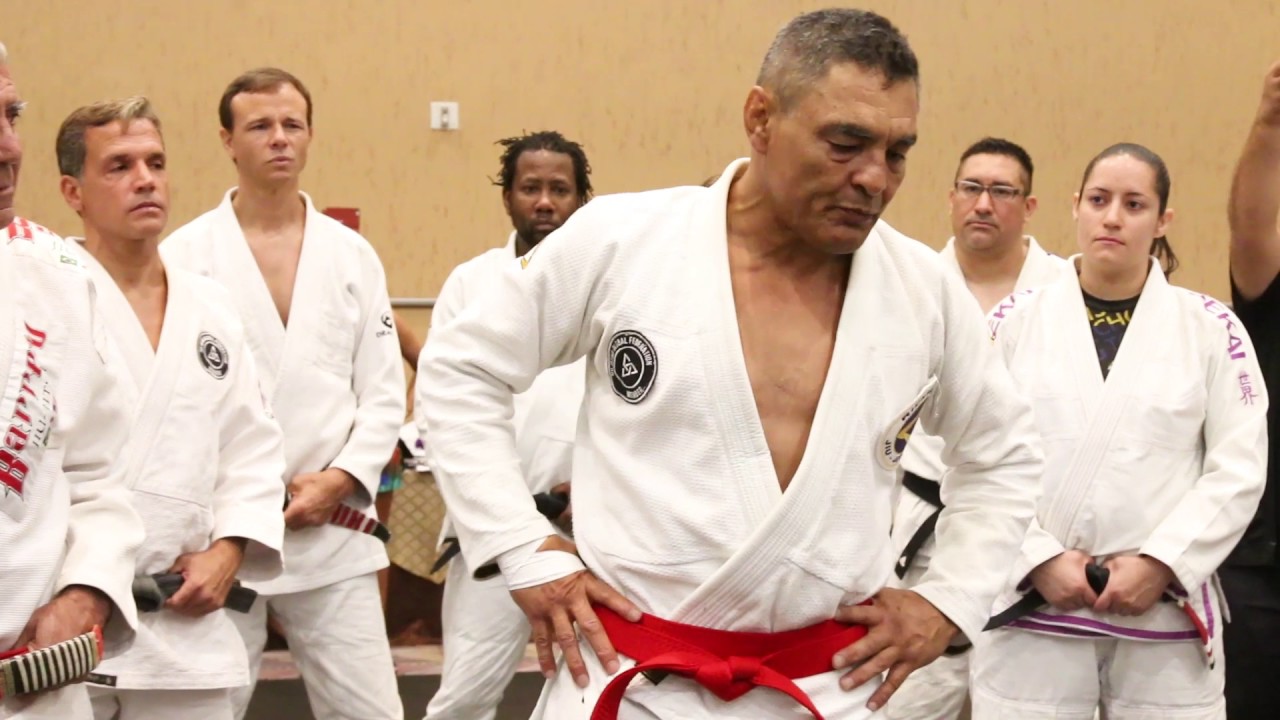 Rickson Gracie knows what he’s doing, notice he and the team behind him do NOT have cauliflower ear!

Watch the instructor closely, watch the students even more.

A good instructor will be able to relate key details to their students and pass on the knowledge to create numerous copies of their work. Do the senior students exhibit these same qualities? Look to see if these long term students (there should be some!) can perform the technique of the day easily, coach beginners on how to do it, AND make it work in live drills or sparring with resistance. The instructor should be able to perform the movement even if they’re into their 40’s, 50’s or 60’s. They should make it look effortless and relate the concepts contained in the idea presented. At RCW currently our head coaches are just entering their 40’s and have been training for more than 20 years. We would never ask a student to do something we haven’t done ourselves and often we can demonstrate it on the spot.

A good instructor should NOT have to be rough to prove anything to you!

People who are qualified know how to train. That means they can prepare people for competition without injuring them in the process. I have been privileged to train with some of the best in the world, and the better they were the safer the academy. Being hurt cuts your training short, you have to take time off, you lose training partners who are also out hurt, and being tough has little to no benefits! IT does NOT mean you never spar, or that the technique is not effective.

You should be able to FEEL the technique is effective and senior students should be able to handle beginners through skill, not by trying to be overly aggressive. This is another key area, where the natural inclination is that the harder people go at it the more “real” it must be. Nothing could be further from the truth. People like Rickson Gracie, Pedro Sauer, GSP, Bruce Lee, Anderson Silva, and countless other professionals all advocate training safely. Yet at the same time parring is alive elements of timing, pressure, control, and strategy that simulate reality.

What are their qualifications? Ask questions!

Are they offering Gracie Jiu Jitsu? Then they should be able to point to members of the Gracie family they’ve trained with. Jeet Kune Do, then surely they have some credential from Dan Inosanto or someone in the association. Be careful with quick photos, and paperwork on the wall, anyone can attend a seminar on a weekend and say they’re the next grandmaster. Funnily enough, across the board anyone I’ve met who’s qualified as a grandmaster NEVER wants to be called that! Your future instructor should have dedicated mentors who passed not the trade just like a head chef or an electrician. Who walked them along their path?

Go to the seminars and workshops!

At any good school, you should have the opportunity to work with the head instructor’s mentors. At RCW this year alone our students were offered the chance to work with Master Pedro Sauer of Gracie Jiu Jitsu, Henry Akins a a student of Rickson Gracie, Greg Nelson, Ajarn Chai of Muay Thai, and Dan Inosanto of JKD and Kali fame. When you attend these workshops the material you’re covering should be the SAME. If you’re affiliated with Dan Inosanto and claim to practice Kali or Silat and attend the seminar and it’s nothing what you practice all year long, then your school is NOT following the program!

Only one of two things could be the case here, either your instructor is exposed to material and chooses to do his or her own thing back home. That usually means they think they’re own material is better but they are depriving you of what you’re paying for and after years of this they probably can’t perform the technique either! Secondly, they might not have ever been in the affiliation to begin with! Countless people SAY they do Gracie Jiu Jitsu but very few are actually connected to the family and the art. It’d be like getting hired at a fancy Italian restaurant with farm to table food and then they find out you’ve only worked at the Olive Garden. They’re similar on the most basic level but drastically different!

A quick glance on Youtube and you’ll find some top videos with literally MILLIONS of views, often provided by people who have ZERO experience in the advice they’re giving. Phony JKD representatives, bad Jiu Jitsu, and self defense technique that if you tried to use it in a real fight you might not even make it home. Worse still is I’ve seen schools adopt this attitude and start ramping up their vocal intensity as if it adds something to the movement. Sadly, people who lack confidence can view these people as knowledgeable and be quickly defrauded. That person might even believe, like a bad relationship, that their next instructor has to exhibit the same machismo all the time or it must not be authentic.

I cannot tell you how many former Krav Maga students, and even black belts, I’ve had come through RCW only to find out their intensity and material just doesn’t work. I’m sorry to be so blunt, but that is the sad fact. Many people don’t break free of the extremism paradigm and will fight to defend it. As recently as this week in November 2019 I had a recent transplant from Krav Maga in our adult classes. I came in to start the class and the young man was asking another coach “what if I do this, oh wait let me do it as hard as I can…I’ll try this now… ugh ugh!”

Our coach was barely responding and just asking what he was trying to do as this young man tried to throw him around every which way. Before we could deduce the intent, the man exclaimed, “are you serious! None of this stuff works, I wasted a year of my life for what? I thought I was learning something.” This young guy might not know it yet, but he’s in a field of one in ten or twenty who ever look deeper. 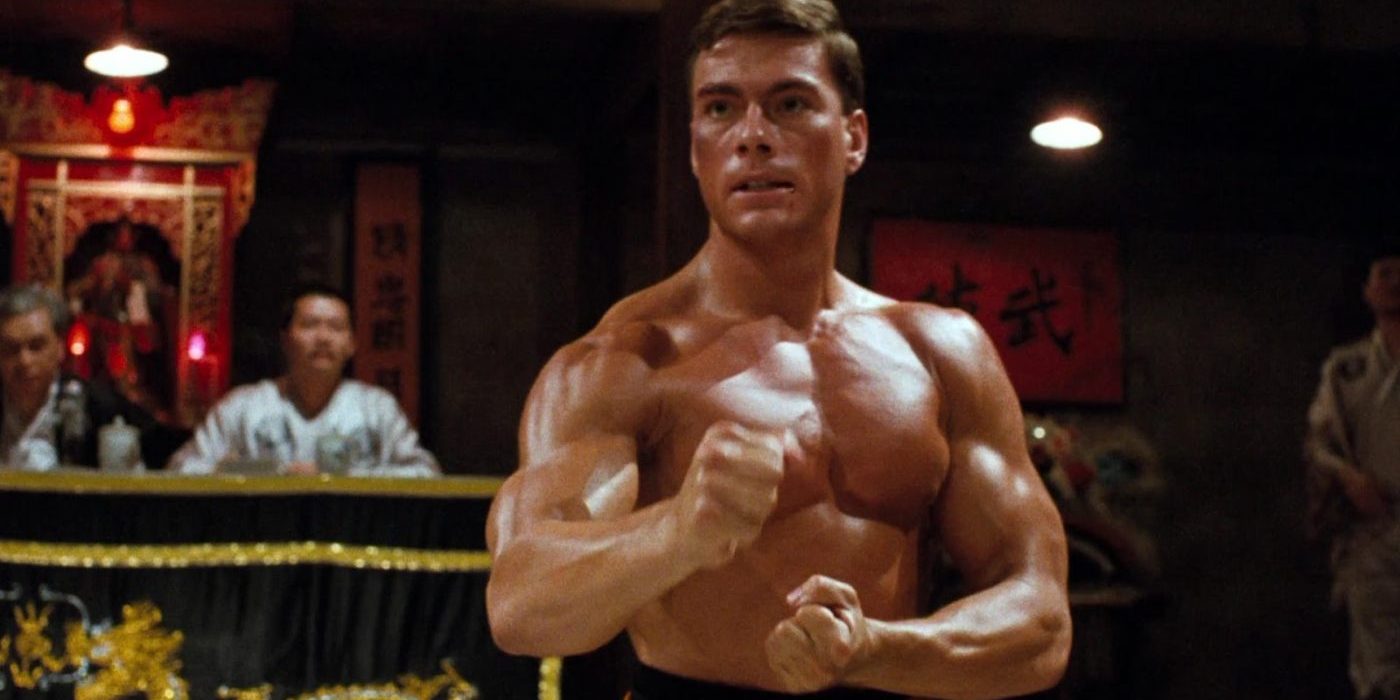 Van Damme is in shape, but it doesn’t mean he knows martial arts

I made all these mistakes and more…

That’s right, I’m speaking from personal experience. I hired the sub-contractor and was duped for years trying to find the gold standard for RCW. I was lied to by people who told me they had qualifications. I was lied to by people who told me they could give me qualifications. I too fell into the trap that if training was hardcore it must be genuine. There was even a would-be-mentor I worked with who I later discovered was basically running a small cult! The problem with getting hooked on horrible training is that it can be hard to tell the difference even after a couple years.  Once you’re drinking the Kool-Aid, the sensation of being trapped can take a tremendous mental will to break through.

I had to throw it all away

When I encountered my failure at finding genuine Gracie Jiu Jitsu and had to say “uncle” to Relson, I didn’t run from it. I knew I had found what I was looking for, I was in awe that this 60 plus year old man could wrap me up. He smiled ear to ear, he didn’t use any muscle, and I was playing what sounded like drum beats constantly tapping out. I could’ve blown it off, or called him a jerk, but I knew right then this was a real thing. I wanted that skill to use leverage and principle over muscle and aggression. If it worked for him, I hoped it would work for me and I left the MMA school for Gracie Jiu Jitsu and never regretted it for a moment.

Good luck out there! When I was a kid good training was hard to find because it was such a rarity. It’s still rare, but good training is now hard to find because there’s schools on every block. In the last 5 years almost as many schools have closed around RCW as have opened. The one thing you can’t get back is time, invest yourself and really find out where you should be training to get the results you want.

Kickboxing - The Great Bridge of Martial Arts
Giving up? That stuff's for quitters!!
Any effective martial needs the same ingredient: SPARRING!
We has YouTubes!!
Our community shows it strengths as everyone rises to the top
Why Self-Defense is different than an MMA bout
We're not out of the Covid woods yet...
The 5 keys you need to improve your training!
0 replies

Want to join the discussion?
Feel free to contribute!

Follow Me!
Countless reasons to use technique, zero to use brute force. The 5 keys you need to improve your training!
Scroll to top