Want to mold your children into athletic, self confident, disciplined, goal crushers? Of course we do!! Martial arts done right (big key there, done right!) provide a backbone of these benefits and countless others. How many kids do you know that by the age of 16 have been working on goal setting for 10 years? Many of the kids in our class start as young as 5 years old and continue into adolescence and adulthood.

What makes RCW so unique and special is that the material we offer has been sourced from the best in the world for decades. Our Gracie Jiu Jitsu program for kids called Little Warriors is the most authentic around, and taught by experienced instructors to ensure the highest quality. This isn’t that strip mall activity you sign your child up for and they come away with a black belt in two years. Gracie Jiu Jitsu is a form of grappling that uses scientific positions and leverage to take on a bigger, stronger, opponent. Pioneered by Helio Gracie and his sons, it is now one of the most popular martial arts in the world. Chances are there’s a place that’s near you that offers something similar, but they simply can’t match the expertise at River City Warriors. Our head coach has been helping kids learn how to be successful in life for over 20 years and most of our staff has trained with Helio Gracie’s family and top students to reach this level. While other academies may look similar we can make definitive promises:

Whether you’re near Tigard, Tualatin, Lake Oswego or Sherwood we’re less than a 15 minute drive and right off all the major highways. Now we realize we’ve blown our own horn here, but it’s important to let you know how we differentiate ourselves from the rest. We don’t expect you to take our word for it, which is why we’re always offering a free trial so your family can explore River City Warrior’s programs and make an informed decision.

Check out more on our incredible youth program —> here <—

Thanks for reading, we know you’re all incredibly busy and we appreciate the opportunity to introduce you and your children to authentic martial arts.

In a visual world, why not put all your curriculum on You Tube?

We often get requests from students to make supplemental videos to training. We are definitely on the path and welcome that encouragement! Right now we’re exploring the best way to put curriculum online. Like some ancient culture our martial technology is precious to us. It also comes down to a level of respect and loyalty that we have for our instructors who shared the art with us. It’s not fair for us to see what they went through to attain this level of expertise and then give it all away online to the general public. Like Star Wars, incredible powers of self-defense and badassery that come with skills like Gracie Jiu Jitsu and Jeet June Do can be used for good or evil. Since thugs have access to the internet, we feel a little hesitation in a complete open source martial arts channel.

Currently we’re researching platforms and organizing our content that will be released in the near future. It’ll happen! One day soon all our students, and even people around the world, can engage in the martial arts on display at RCW. For now at this crossroads we have a ton of stuff up on our Youtube channel. It’s a good mix of what you can expect from our classes and if you’ve been attending you’ll probably find some drills, techniques or at least fond memories from things we’ve explored together at RCW. If you want to head over to the channel just click.  —> The Tube <—

The warriors in our tribe do the best they can to be generous and sharing with the material on offer. We feel as instructors that there are so many hurdles to training such as scheduling, health and wellness, family balance, and just learning a new skill that we NEVER put arbitrary golden carrots on a stick in front of students and start fishing. Have a question? We’ll answer it! Want to get better and improve? We’ll do our best to get you there! And if we don’t know the answer, we’ll bring in an expert who does. Trust us when we say we’ve seen quite the opposite, but RCW is always a stronger tribe when everyone is working and sharing together.

Here’s a small sample of our Jeet Kune Do and Kali class from a while back. This is the first of 3 core concepts for developing defense against a knife attack. Hope you enjoy and thanks for watching!! 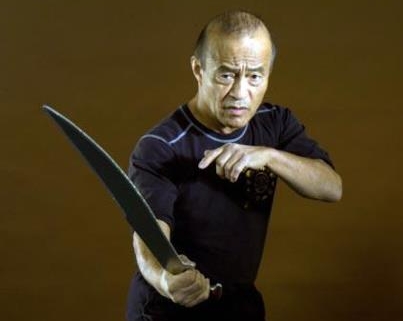 In the 1960’s Bruce Lee’s big break where the world would be introduced to Jeet Kune Do came by way of a Karate tournament put together by Ed Parker. Sijo (founder) Bruce Lee was invited to rattle the world, because at the time no one had ever seen mixed martial arts. At the time, styles ruled everything, you were a boxer, a wrestler, a kick boxer, a kung fu artist, a karate practitioner, but these worlds didn’t mix. Myself, growing up in the 80’s there was still as stigma that students shouldn’t cross train in methodologies, leading to a false battle of style vs. style. You can see the acknowledgement of this at the early days of the UFC with bouts built around things like “the grappler vs. Tae Kwon Do.”

Sijo Lee being a special kind of legend was ready to take on the world and wowed crowds at the Long Beach tournament in California with his blend of Wing Chun Kung Fu, Boxing, Kickboxing and Grappling. It was the early roots to JKD and it promoted the principle that students shouldn’t adhere to styles but keep what is useful for them and discard the rest. As many people that were turned off by Bruce Lee’s brash attitude and confidence it was a magnet for many others. One of those attractors would become Lee’s lifelong friend, his tour guide during his trip to California, Dan Inosanto. Going on to become a legend in his own right Inosanto would dedicate his life to the pursuit of knowledge and skill in Martial Arts, and he has succeeded. At the age of 82 he continues to train and research a variety of methods in depth, and spends countless hours a day training. It is not a stretch to say a man half his age could not keep up with Inosanto’s schedule.

At the time of their meeting, Inosanto was already a Guro (teacher) in the Filipino arts of Kali. Studying since childhood, Guro Dan was already an expert in many areas of Kali such as knife fighting, single and double stick, sword, sword and shield, boxing, and much more by 1959. As their friendship culminated Guro Dan was always at the forefront of the official JKD school in Oakland California, running it in Lee’s absence. He was also diligently working Kali and other areas into the curriculum, and after Bruce Lee’s passing, he would seek out countless mentors to define his craft. Today our JKD comes directly from Inosanto and includes the Kali curriculum along with further elements of Silat (Indonesian grappling.) People often decry Inosanto for making “changes” to JKD but as he tells it “Bruce was constantly making changes, and in fact, he bought my first Silat book as a gift and told me to study it.” They were constantly researching, even finding reel to reel footage of arts like Savate and Muay Thai that you’d struggle to find even in the 90’s or early 2000’s.

While Sigung Bruce and his protege admit that JKD is a concept, it also has a firm grasp on a fundamental curriculum and that’s where most schools miss the boat. Maybe they haven’t taken enough classes, or studied with the right mentors, or maybe they subscribe to Bruce Lee’s quote too literally and believe it to be gospel: “Using no way as a way, and having no limitations as the only limitation.” It doesn’t mean Bruce Lee and Guro Dan did a bunch of random material and self subscribed themselves masters of a fictional art form. Contrarily they are just as good at Wing Chun as dedicated practitioners, just as solid at boxing and on and on. In fact, in the old days JKD was held to the highest standards, an invitation only course at the academy, because people had to not only prove themselves of good character, but also that they could handle cross training multiple hours per week in order to absorb the information.

At River City Warrior in Tigard we pride ourselves on working close to the sources of every subject we offer. Our head coaches have aspired for over 20 years with this ambition and it’s represented currently in our JKD. Just like our students we’re a work in progress, but lucky for them, we’ve also attained the highest level of coaching. It wasn’t always the case as back in those early days I mentioned you had to sift through a lot of trash to find the diamonds in the rough. We partner with great mentors whenever we can, in JKD we work closely with Guro Chris Clarke who’s been certified by Guro Inosanto since 1983. Under his guidance our team has made several trips to Los Angeles to train at the Inosanto Academy directly. Thanks to this solid connection we’re able to pass on the information and material in JKD the way it is meant to be taught, with total authenticity. Unfortunately JKD is a dying art ironically because of it’s popularity. That wave of JKD and Bruce Lee fever brought with it all kinds of hacks that would open up an academy, put their name on Youtube and make a claim to fame. It’s no wonder that people think it doesn’t work, or that there isn’t any curriculum, that’s the tragic result of frauds in martial arts and it’s common across every style.

We urge you to check out the Jeet Kune Do at RCW so you can see it, feel it, and experience it for yourself. We’re always giving away FREE trials because we know that after you check out one class you’ll be hooked on the real deal. Thanks for reading our first post on our brand new website, and stay tuned for further videos, instructional, events and all things River City Warriors. Welcome to the Tribe!

p.s. if you’re interested in a FREE trial just head over to our schedule page here and click the Sign Up link next to any class to register AND book your first lesson ——> Sign Up <——