Ever since I was a kid in the 1980’s I’ve embraced martial arts. The decade prior was known for Kung Fu theater and hooked a broad range of fans on Bruce Lee with the likes of connoisseurs like Portland’s own Dan Halstead who owns and operates the wonderful Hollywood Theater. In the 80’s though, Martial Arts truly exploded thanks to source material  like the Karate Kid, Teenage Mutant Ninja Turtles, Jet Li, Jackie Chan, and countless more. It seemed like the runaway train Bruce Lee ignited in Enter The Dragon was going to last forever.

And then it didn’t. Something even more magical happened for the first time: The UFC. In the start of my childhood unbeknownst to me a movement had begun. In Torrence California one of Helio Gracie’s sons (of Gracie Jiu Jitsu fame) had begun to teach small nonexistent classes. By 1988 Rickson Gracie, who was undefeated around the world in over 150 matches, was teaching from his garage and begging people to come and train. Literally, him and his friends Pedro Sauer and Luis Heredia would plead with the mail man to try Brazilian Jiu Jitsu for the first time. Nobody wanted to do it, rolling around on the floor wrestling into human pretzels and calling it chess? No thanks. 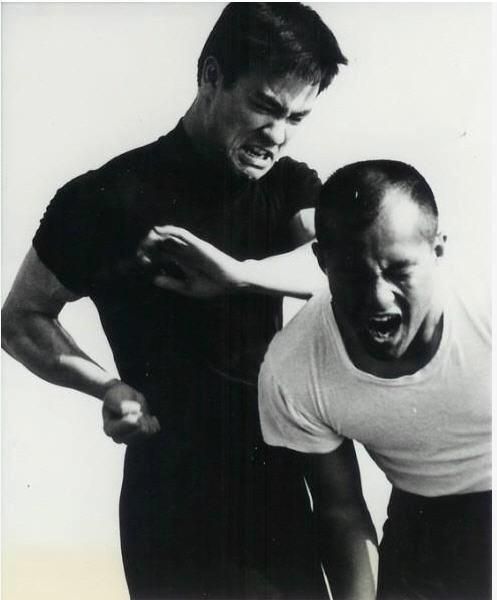 Rule #2 “Adapt what is useful, reject was is useless, and add what is specifically your own” – Bruce Lee

In the UFC, pioneered by the Gracie family, there was something old world about pitting style against style. Prior to that people like Chuck Norris, Ed Parker, and Bruce Lee were committed to an ideology that martial arts doesn’t mix without sparring. This ran contrary to the countless martial art schools around town with non-contact “aura” sparring and lightning bolts embroidered on their pants. The UFC established and cemented the core ideas of Jeet Kune Do (JKD) were valid. A blend of standup based on Boxing and Kickboxing along with a high degree of grappling skill would create the most formidable opponents. Keep in mind that back in the fledgling days of the octagon there were far less rules, eye gouges, hits to the groin, kneeing a downed opponent, were all legal. The time limits for the matches could be as long as an hour with NO ROUNDS! It became quickly evident that movie like Kung Fu sequences were out, there’d be no successful Shaolin this-or-that on display. Personally I don’t think these systems are useless, there’s value in it somewhere, but over time they’ve walked away from their combative roots. Today we could see techniques from these methods return. They have to be able to be delivered from a kickboxing structure or a grappling posture.  With more than a century of documentation, and as we’ll talk about next, it’s the training method behind these arts that gives them their credence.

It’s what Bruce Lee proposed, and what the Gracie’s accomplished: Everything has to be vetted through rigors testing. Built in to Boxing, Kickboxing (its’ many forms), JKD, and Gracie Jiu Jitsu is a constant pressure testing that occurs in sparring. Among them is a similar approach of regular sparring. After many people were disillusioned by the Rex Kwon Do’s of the world, wanting to bring home the UFC, another misnomer cropped it’s ugly head. I can’t decide if I like it more or less than non-contact sparring, but one of the fallacies of sparring these days is that it has to be a 100% all out death match.

It certainly bodes well that someone is willing to spar, but frankly full contact every day doesn’t do much except for toughen you up slightly and then it starts to chip away at your health. If you think of the top athletes in these sports like Paquiao, Mayweather, Bukaw (Thai Boxing), Damien Maia (UFC) or Kron Gracie they aren’t going into the gym and killing each other every day. There’s little to no value in this, just as there isn’t any in non-contact sparring. Like Rener Gracie said, keep it playful. Most of the time the intensity of our sparring only has to be hard enough to move our opponents balance. When boxing this means that your knuckles will make contact through the padding, and could displace the position of your partners head, but not cause a knock out or accumulate damage. 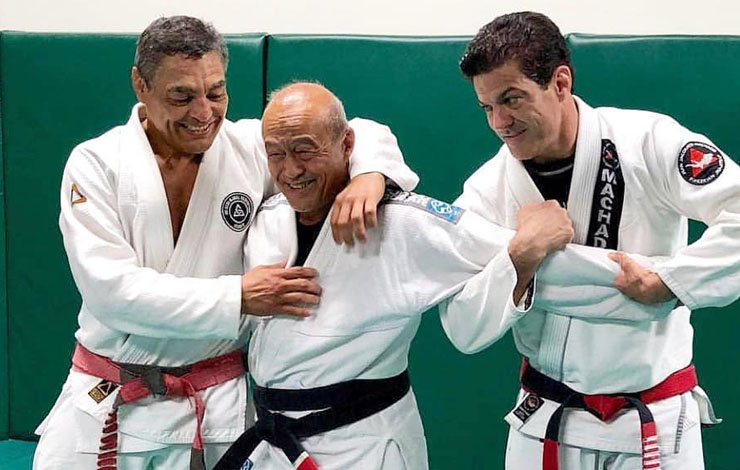 Rickson Gracie, Dan Inosanto, Jean Jaques Machado are all great at keeping it playful and all champions

If you want to train for longevity this is the best way to accomplish it. You need to have a sparring regimen that promotes playfulness and the ability to show up every day and mix it up. When you’re going full contact you get hurt, have to sit on the sidelines while you recover, and most importantly you don’t bring NEW concepts to your game because your fighting all out all the time. Anyone in Jiu Jitsu knows this, if you go 100% you can’t work on new techniques, only what you have right now in the fight. It’s good to test those limits, but it should be a rarity. In an 8-12 week training camp we’ll do hard full contact sparring a couple times and no later than 2 weeks prior to the event. That way if any injuries are sustained the fighter can recover before the day of the bout.

Tips on Sparring Smart and Training for Life:

Seriously, no really, leave your EGO at the door

It’s a big enough issue that I have to address it in more than one bullet point. Check your EGO, and there’s several types so you may not be aware of your own tendencies. First we’ll get the obvious out of the way, don’t try to flaunt what a badass you are with everyone. That’s a surefire way to alienate yourself from the school and put a target on your back. There is ALWAYS someone more skilled than you around the corner and if they see you beat the break pads off the 14 year old kid and brag about it they will end your days early. Plus, have some human decency. Most people aren’t like that, the EGO just pops up in different ways here and there. The biggest detriment being the “I’ve got to win” syndrome. You might also know it as “well I know I just started but I’ve got to be good right?” Nope. When you’re pride steps in the way and you feel like you’ve got to win you can slip into category 1 jerk right away. Even WORSE than that is you’ll start to rationalize and avoid sparring altogether because the ego just can’t take it.

There’s no other way around it, some call it paying your dues, I call it the price of progress. Remember we’re training in a playful manner if we have good partners. You’re not going to hurt me, bloody my nose, or bust my ribs, all that’s going to happen is I’ll have a little leather introduced to my face or maybe I say uncle on the BJJ mat. All those experiences are learning opportunities and once you realize there’s no consequence and nothing bad really happens you can embrace learning and growth.

This is the number one reason I see people spazz out and coach each other too. The spazz is looking for that one advantage to try and turn the tide, let’s go for a finger lock! (or some other cheap move) because they’re trying to over ride the fact their ego is telling them a big loss is incoming. If you’re out there every day sparring just remember you’re going to improve. This process will get easier all the time. Soon it’ll be one of your favorite activities in the gym and you’ll look forward to playing with your classmates in a competitive manner.

Lastly, the coaches-coach A.K.A Professor White Belt. Don’t over due any criticisms or critique during sparring unless you’re actually the Coach for that class. One it can come off as a know-it-all attitude and limit your sparring partners. You’re there to learn first and foremost, not be the greatest free advice coach in the world.  Learning should always be your primary goal.

On any given day a purple belt might beat a black belt in Jiu Jitsu. A white belt might dust a purple belt because they have a background in collegiate wrestling. Someone more athletic than you comes along, more awkward, whatever the case we have to respect the person across from us. I have seen people instruct others AFTER they have lost to them in sparring, “oh hey, you know you’re doing great but you could really beat me EVEN BETTER if you did…..” Sadly that’s the mark of the ego rearing its’ head again to try and save some sort of face from a situation with no consequences.

It can be easy to start a bad habit, and all it does is limit your own ability to learn and grow. Keep it playful and spar whenever you can with an easy going attitude and you’ll see remarkable gains. If you haven’t done any sparring, consider why your current school doesn’t have that as an activity? Maybe you’ve just been putting it off while developing foundations and that’s good too. When it’s time to jump in take it slow and find a great partner with a ton of experience. Let them know if you’re a little nervous and ask for some tips. They’ll be thrilled to help you because they went through the same process.

And remember, if a nerdy near sighted kid with asthma can get good at all this stuff, anybody can do it with the right training methods and the right amount of determination.